Awakening the Morrighan at the Great Serpent Mound Part 2 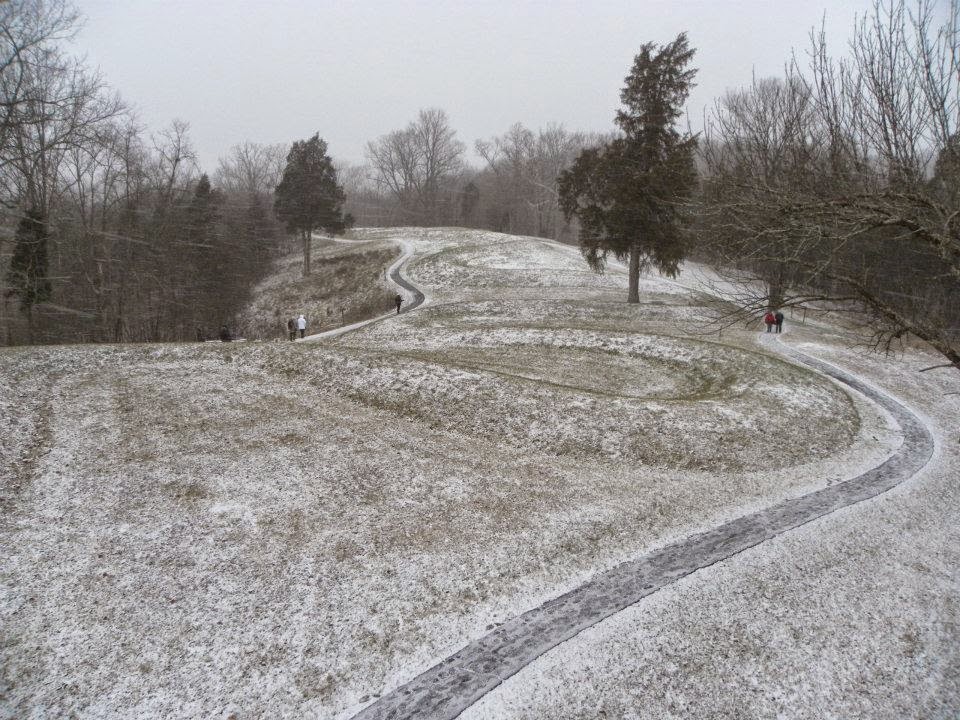 In this part I will be going over the experience and the actual work performed at both times. Each time I had different experiences and with the second trip I was able to be a little more exploratory as you will see. Being a psychic and a strong empath has a great deal of merits when it comes to ancient sights but it also carries its curse in the mundane world. To be able to feel the land and all it's power and have it speak to you holds a great deal overwhelmingness and responsibility. However it also gives you a since alienation from your fellow man. One is able to feel one with them and feel their emotions but at the same time upon a hand shake THEIR life flashes before your eyes and you see their death and feel their heartache. That is the curse. I'm guessing the wizards of olde went through this same dilemma, in which I understand their solitude. That's why I have learned to put up pretty strong barriers to keep everyone’s 'ick' from coming in.
On a side note, The Morrighan often calls on me to drop everything I'm doing to do such things like travel to the middle of no where just to say hi. However, sometimes it serves a purpose, like sending me some where in which I don't know where I'm going I'm just following the crows in order to meet one of her followers in which I would have not otherwise.

December 21, 2012 Winter Solstice
There was a bit of blizzard that night. I had to leave around 4:00am in order to get there at sunrise. Getting there was quite the adventure due to all the snow. It was coming down pretty fast and the roads were becoming a mess. I wasn't about to let snow stop me. So as you all know, this date according to the Mayan calender was the end of the age of Pisces and the beginning of the Age of Aquarius. So to be at an ancient sight of power was quite the necessity. Especially to greet it with the power and strength of our Great Mother, The Morrighan.
Once I got there the snow finally stopped and it was about a half an hour before sunrise. There were quite a few people there so I could really go all out but I could still do what was needed. I positioned myself at the curve of the snake that pointed to the rising of the winter solstice sun. Right at sunrise I began the God-Form Ritual. At this time I vibrated the name of Morrighan. It was a very powerful experience as I awaken the goddess within myself at that spot. I had successfully awaken her energy at an ancient monument, during the day that is considered a day of her birth. I felt an overwhelming feeling of love from her that lasted for days. 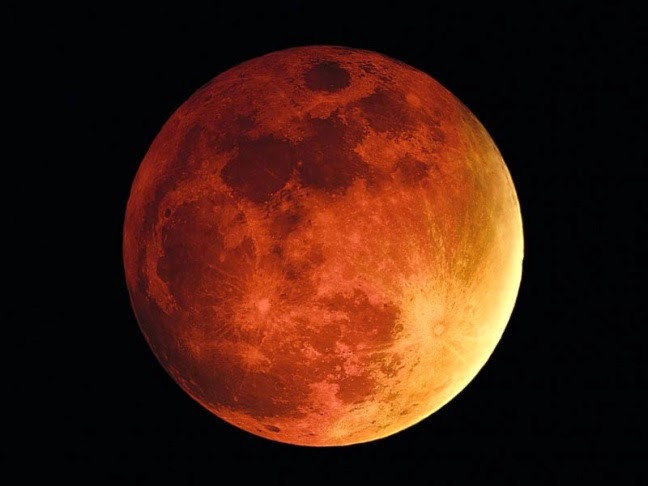 October 8, 2014 Lunar Eclipse (the Blood Moon)
This one was a lot more extravagant and a lot more powerful. The lunar eclipse was just before sunrise so again I had to leave around 3:30am to get there in time. There was to be a total lunar eclipse and it was called a blood moon because of the reddish color it projected from the earths shadow and as luck would have it, it was completely visible from our region of the country.
When I first entered the town of Peeples (the town where Serpent Mound is) I noticed the entire town smelled like sulfur. Still not quite sure what that was about but it was also very foggy. The kind of fog where you can barley see in front of you. Once at Serpent Mound the sulfur smell vanished but the fog was still heavy. It was completely desolate. Myself and my partner were the only ones there. It looked rather creepy, just like out of the beginning of some horror movie. It is already out in the middle of no where and with out any other person around it really made you feel like you were isolated from the rest of the world. Not one person was there, none were around and none came the entire time. This was excellent because it aloud me to really indulge in the energy.
So I was able to work on the mound itself. Being a sacred spot, I removed my shoes before walking out on it. I went out into the middle of the egg portion of the mound. It felt like being in the middle of womb. Almost as if I was being initiated or being reborn. I did the calling to Morrighan and then proceeded with the God-Form ritual vibrating the name of Anu this time. I felt her enter my entire being. It was so strong inside the mound. After some time in this state, I began some astral work. I still to this day can not describe the amount of love I felt from the Morrighan. A love that is beyond any physical words or anything I have ever felt. In astral form I started to feel one with the land and again it was a very powerful feeling. After I came back to consciousness I went over to the tail end of the mound and stood in the middle of the spiral and again proceeded with the God-Form ritual with Anu being the name I vibrated. I found that one is able to project this goddess energy through the snake to the egg. Which would make a great feat of initiation if the projector is strong enough. This will be something for future works I'm sure.
At the spiral is where I soon started to watch the eclipse. An amazing sight it was. It was just as they said it would be. The pictures below are actual images of it. Again watching the eclipse from here was a overwhelming feeling. Never have I felt more one with the universe than at that moment. I walked away from the whole experience with a great since of love from the goddess. 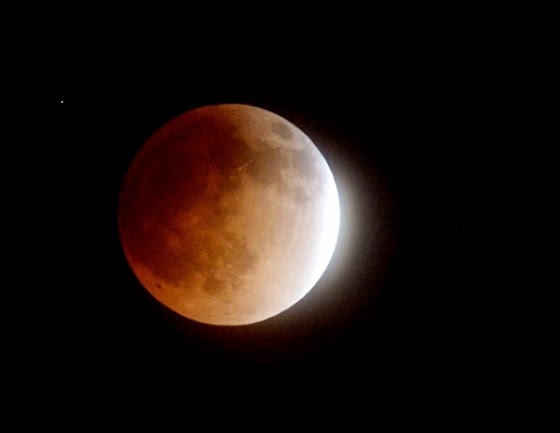 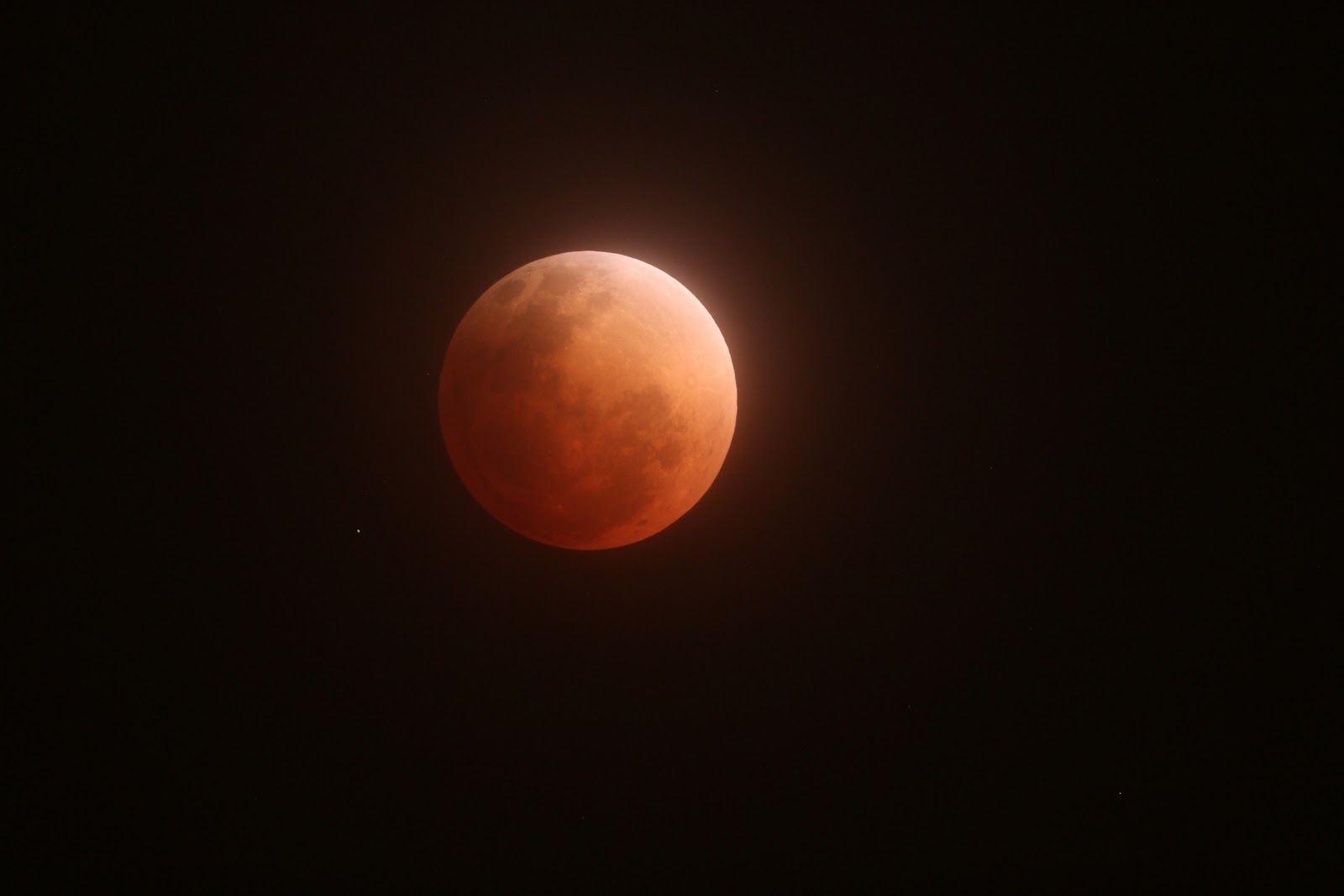